Dmitriy and I went on a trip to the California Poppy Reserve in Antelope Valley to see the annual wildflower bloom. It was particularly nice getting out on a trip because we had both recently had had pneumonia. 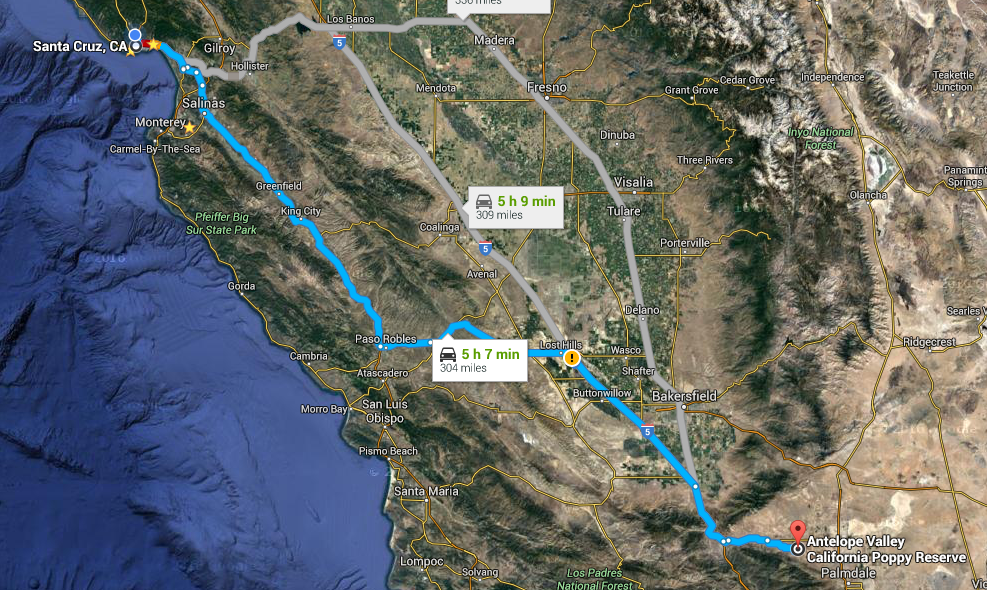 We left early Saturday morning, and decided to enjoy the drive down and take it easy. Our first stop was a diner, and we got milkshakes and french fries and sandwiches.

Our second stop was Solvang, California. Solvang in the Santa Ynez Valley. Solvang is a small town that was established as a Danish colony, and the buildings (at least in the touristic part) are still all Danish-style. We had fun walking around looking at the buildings and popping in and out of small shops. We stopped for fancy chocolate, and checked out a few other shops including several with handmade crafts and one with a bunch of random cool things, including these tiny handmade presonified mice. Here is a photo of Dmitriy with a windmill. 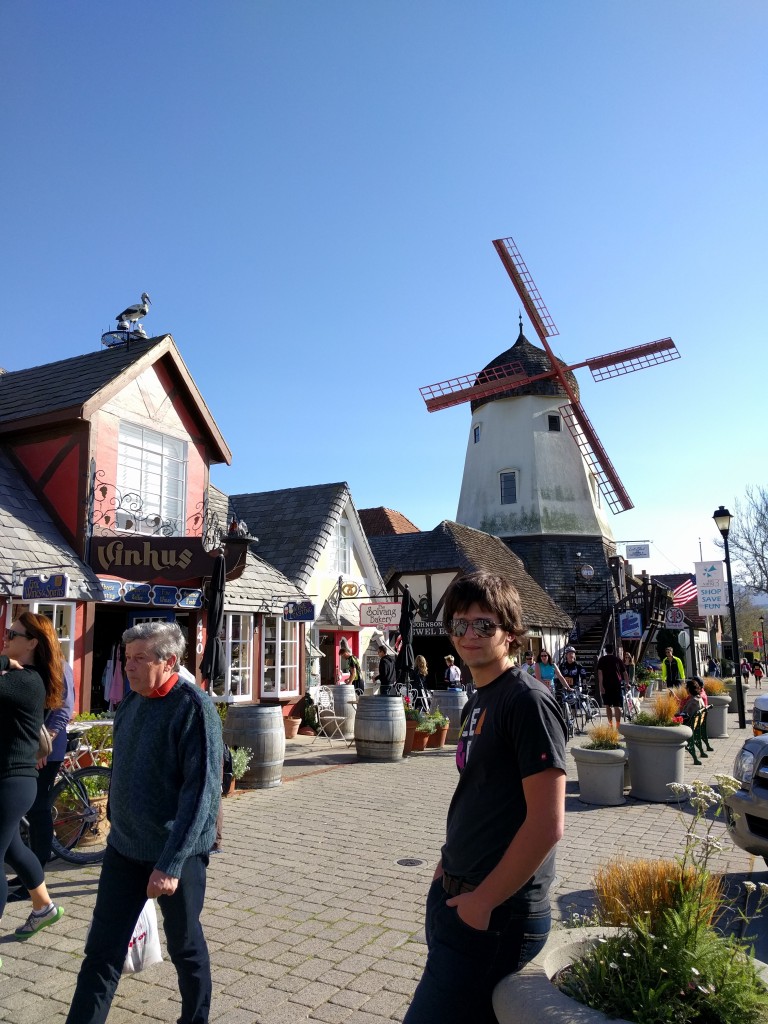 Here is us in one of the super-tourist-y shops trying on some garb. 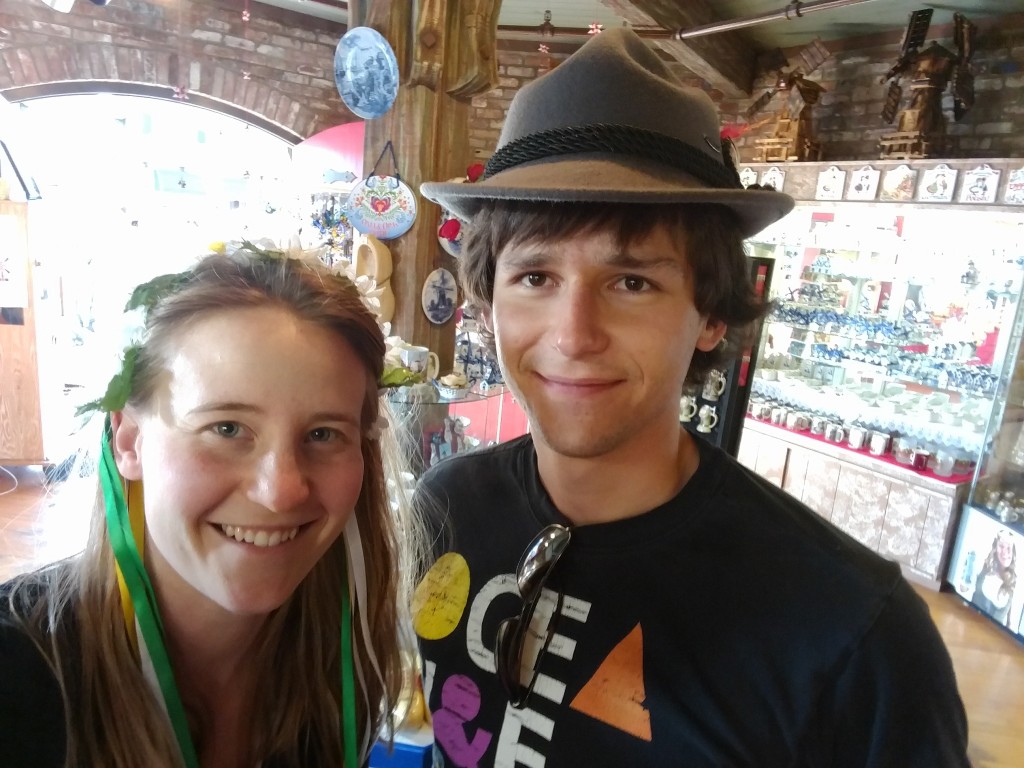 We got back in the car and headed on down the highway. We stopped at a dam / park somewhere along the way and got some nice views. I wasn’t up for doing much (any) hiking, so we puttered around but didn’t really explore. 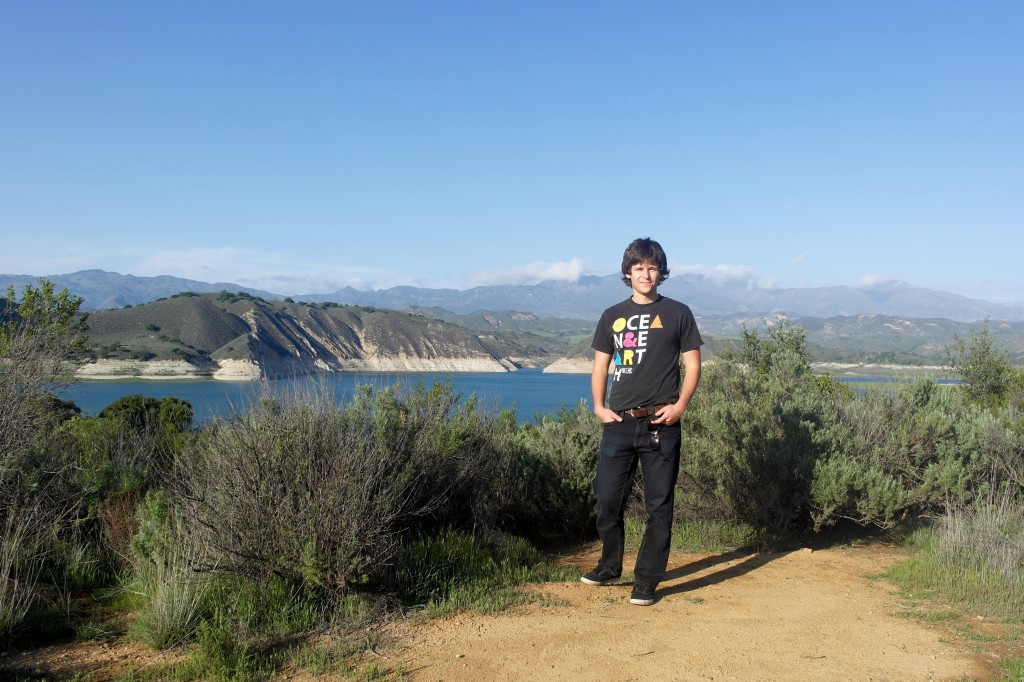 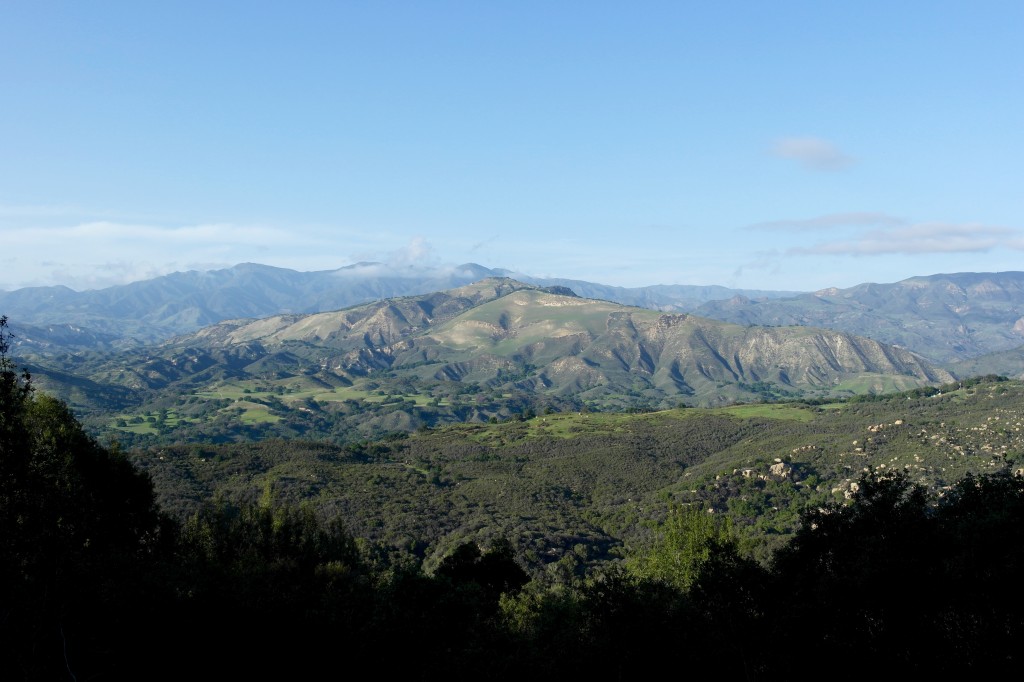 Our next stop for the day was Santa Barbara. We parked down by the wharf and walked around. 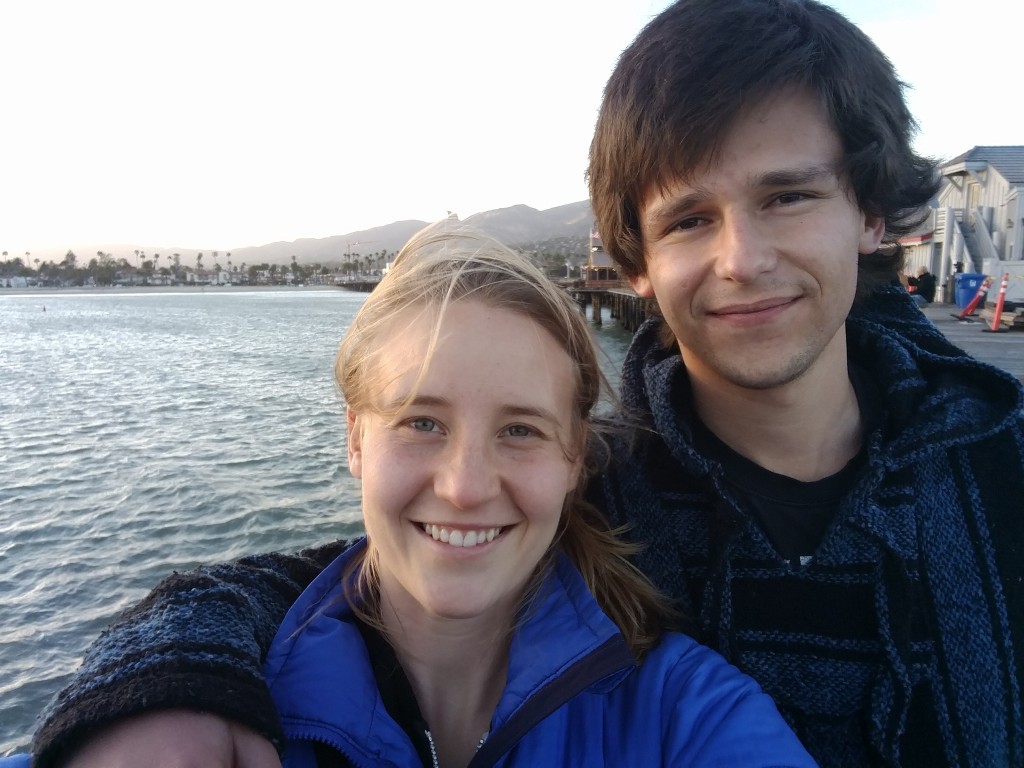 We walked into a few shops again, including one with all kinds of crazy rocks and seashells. Then sunset started and we walked from the wharf to the downtown area to find somewhere to eat dinner. We ended up at a Mexican restaurant. 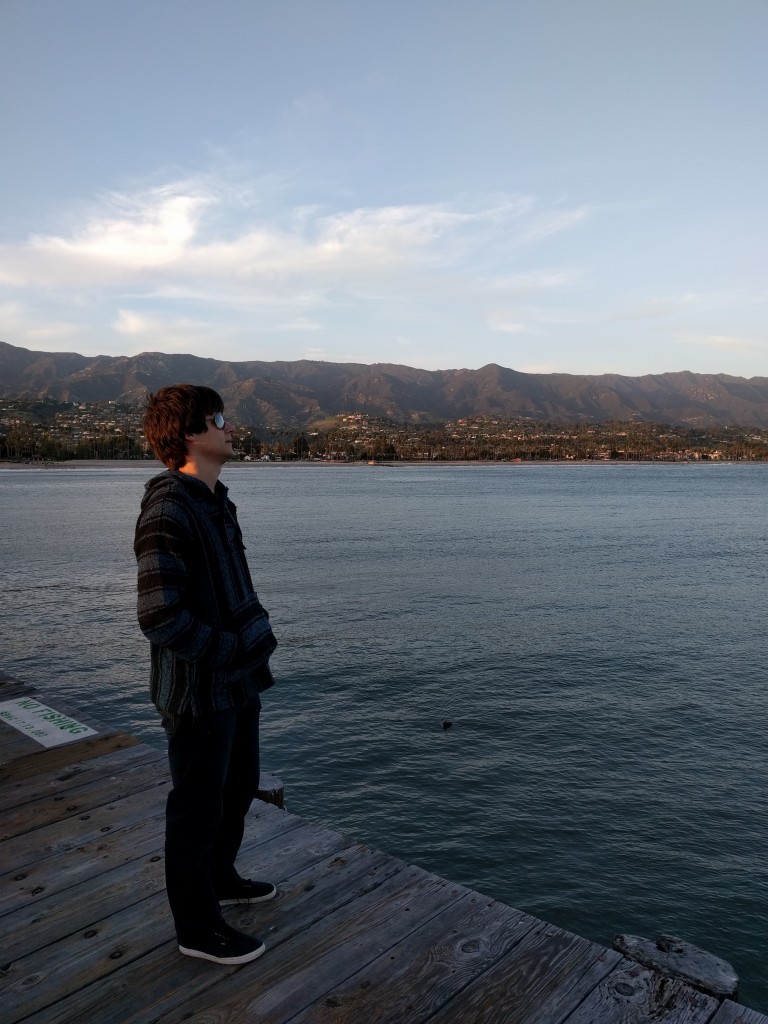 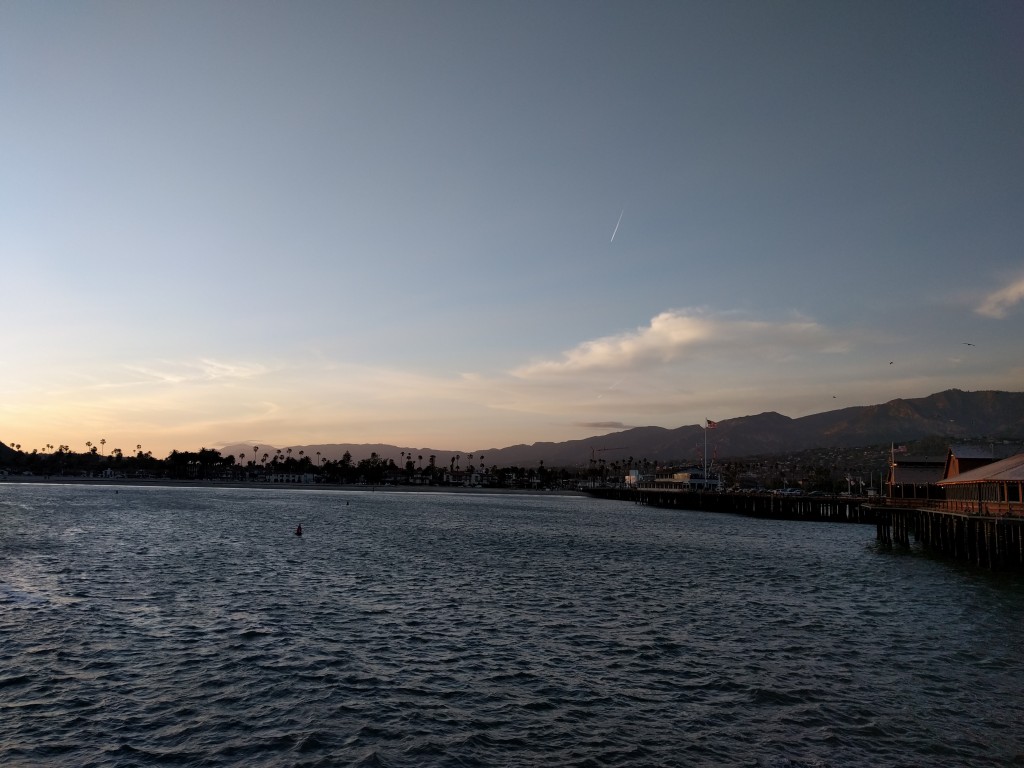 After dinner we wandered around a bit more. We stopped at this crazy thrift shop, with all kinds of cool stuff. I took a photo of some odd cabbage-pots. Dmitriy spent a long time perusing Vanity Fair issues from the 60′s 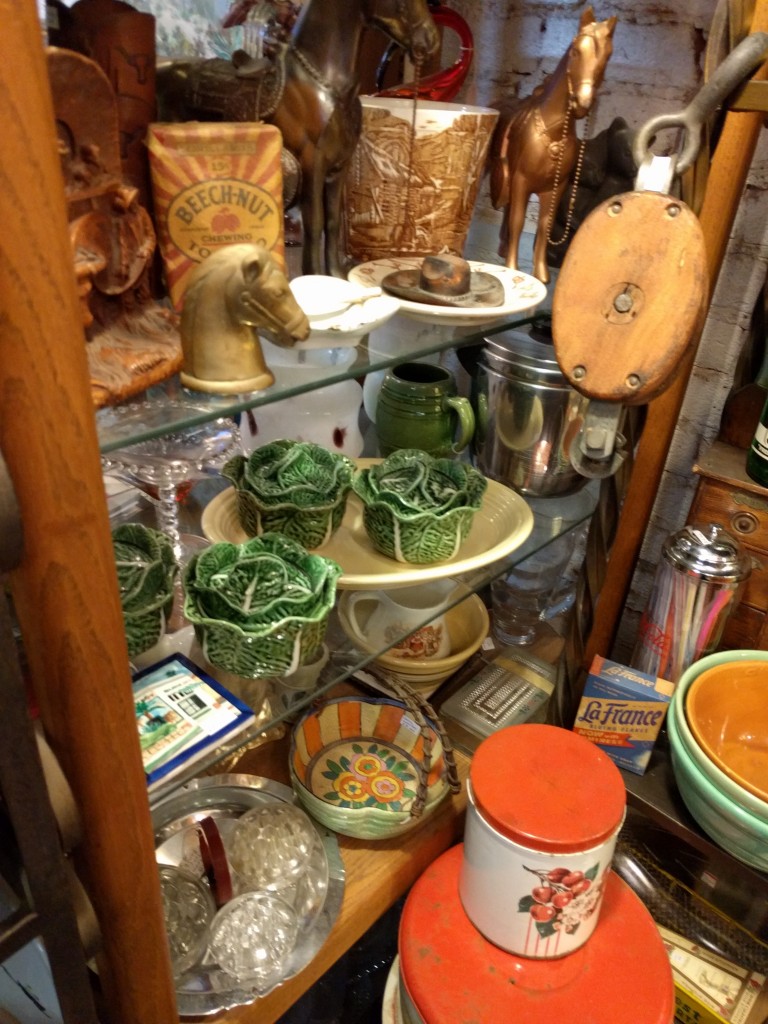 We camped somewhere at a campsite off the 5. Neither of us remembers where (I’m writing this at the end of July). It was near to a lake (but not in view), and not all that memorable. The people next to us brought a really loud generator, which was quite annoying. We watched the stars for a while before bed.

We headed off the Antelope Canyon. At some point we reached these beautiful mountains with so many purple flowers that parts of them looked purple from several km away. We decided to drive up a dirt road (eventually leading to a wind generator farm) and get a better look. 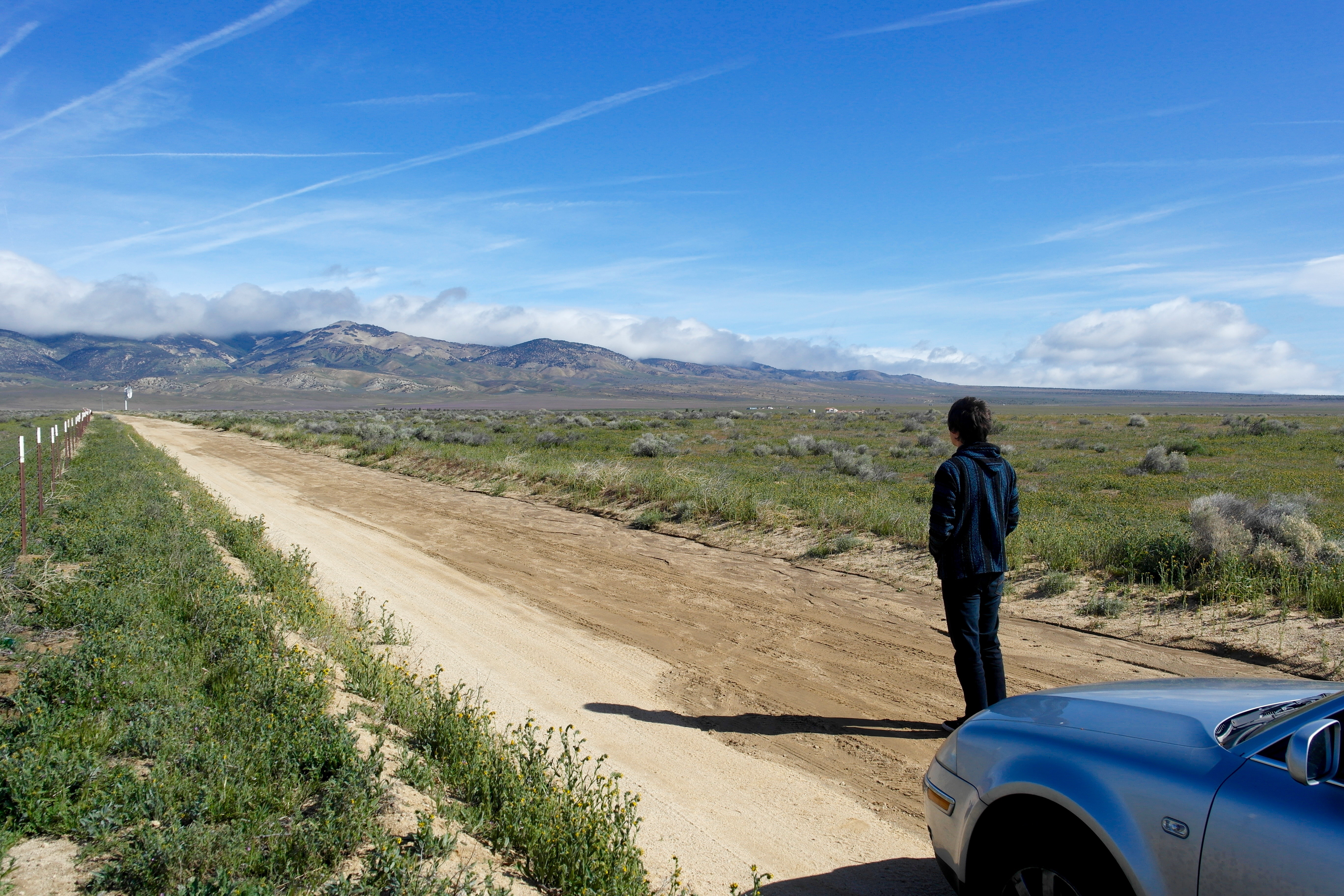 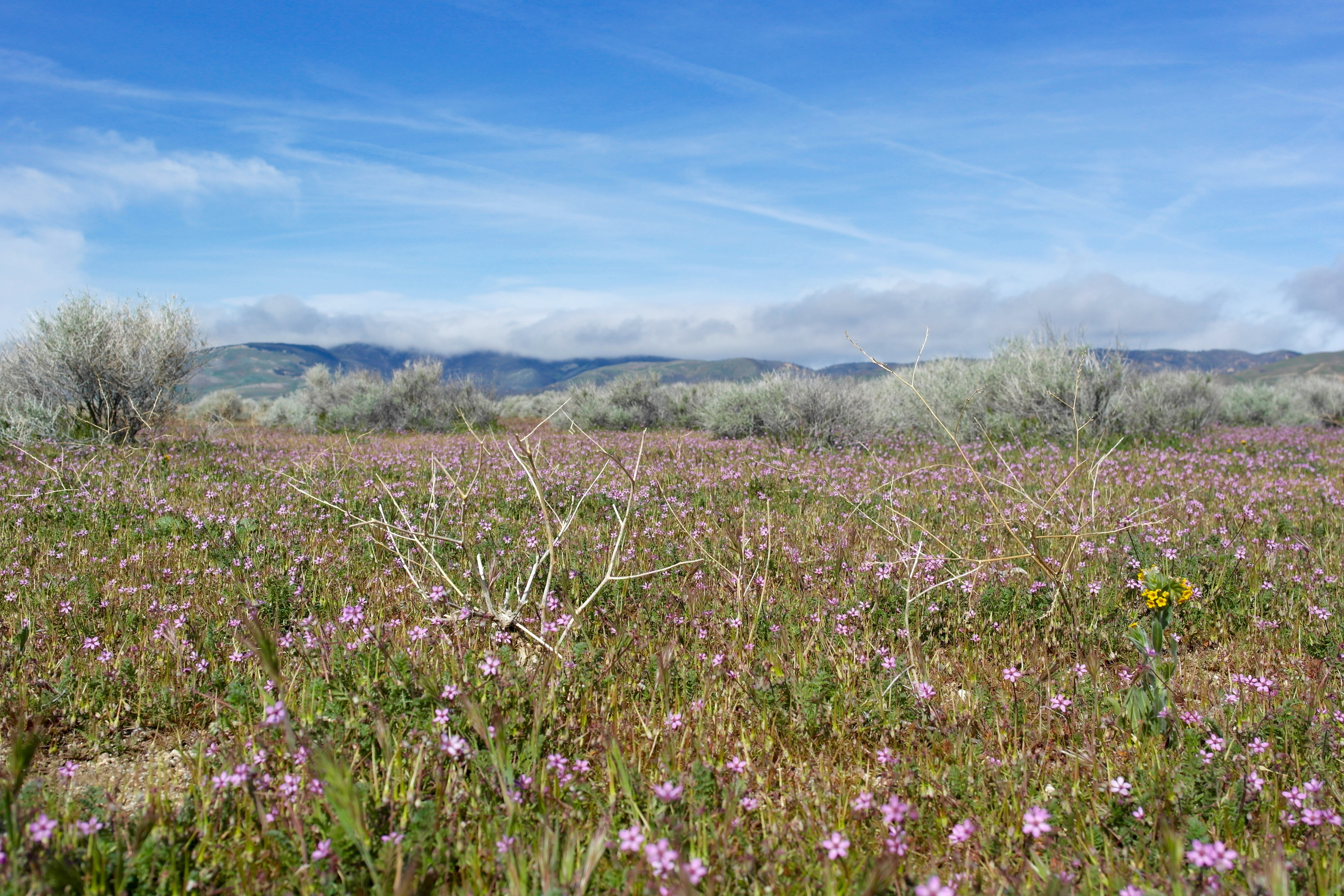 Our next stop was by some Joshua trees. We liked this scene. Here is a photo from inside the reserve. You park and then wander around the hills. There were lots of wind farms around (it was very windy). There was a trailed surrounded by a tiny blob of trees in the middle of an empty field. Finally some poppies! Apparently this year was a bit of a dud in terms of the bloom, but we still enjoyed it. Look at that tumble weed!